History of The Willows

At the base of rugged Mount San Jacinto, may be found one of Palm Springs’ most storied and beloved landmarks, The Willows Historic Palm Springs Inn.  Holding a coveted “Class 1” historic designation from the City of Palm Springs, The Willows stands proudly today as one of the city’s oldest and most significant landmarks.  In its nearly 90 year history, The Willows has not only witnessed the growth of Palm Springs from its humble origins into an international resort, it helped to make it so by entertaining some of the world’s most celebrated figures.

Named for the stand of ancient desert willows that grew on the picturesque site, The Willows was originally built as the winter hideaway of one of the most prominent and well liked figures in Southern California during the first decades of the Twentieth Century. Today, the name of William Mead and that of his beloved wife, Nella Wilde Mead, may not be the household names they once were, but the legacy they have left on the Southland goes well beyond the mere construction of a house. For over a generation William Mead was a crucial part of the very fabric of Los Angeles, a potent force in business, finance, politics, civic, social affairs and philanthropy.  One of his most valued contributions was his critical role in helping to push through the Owens River Valley Aqueduct project, one of the greatest feats of engineering in the history of the West, and fictionalized in the movie Chinatown.  And, in what remains his greatest legacy, he helped countless thousands who couldn’t otherwise afford one to enjoy the dream of home ownership.

Mead was one of those rare types who believed in cultivating beauty more than he did in making money and was remarkably good at doing both.  The homes that he and Nella occupied during their many years together were hailed as showplaces of charm and beauty.  The Willows was to be no exception.  In 1924, they engaged one of Southern California’s foremost architectural practitioners, William J. Dodd of the venerable firm of Dodd & Richards, to design their winter hideaway.  The talented Dodd was more than up for the task, creating an enchanting Mediterranean villa that blended in seamlessly with its spectacular hillside setting.  No expense was spared in the construction of The Willows and it remains a treasure house of irreplaceable craftsmanship with spectacular doors of rich mahogany; delicate wrought iron; hand-chiseled limestone and rare Spanish tiles. Adding to the home’s considerable charms were the unique hillside gardens laid out by the Meads with exotic and rare plantings; winding rock pathways; all capped off by a spectacular 50-foot waterfall that still enchants Willows guests today.

The Meads were to enjoy their spectacular desert showplace but for a few years with William dying of complications of neuritis on Thanksgiving eve of 1927.  Without her beloved “Billy,” Nella decided to give up The Willows and in 1930 she sold the house to a man who was to make it famous with a constant parade of some of the world’s most interesting and exciting people. The new owner was himself just one of those people. His name was Samuel Untermyer and he was the world’s highest paid attorney with an astounding track record of legal successes that garnered for him the very first million dollar fee. Like the Meads before him, Untermyer was a great lover of beauty and he immediately set to work expanding The Willows gardens, turning them into an arbor of stunning beauty that today remain a testament to the combined good taste and vision of both the Meads and Samuel Untermyer.

The New York-based Untermyer was deeply connected in the worlds of business, politics and the arts and his long list of friends represented that diversity.  Although a fearsome opponent across the courtroom, Untermyer was, at home, a delightful and charming host and he took great joy in entertaining his friends at his lovely desert hideaway.  During his decade of ownership from 1930 to 1940, Untermyer entertained an astonishing  aggregation of celebrated figures that ranged from legendary actress Billie Burke; British media mogul Lord Beaverbrook; former Secretary of State and Nobel Peace Prize Winner Frank B. Kellogg; New York Governor Herbert H. Lehman; Hollywood superstar Shirley Temple; famed director Ernst Lubitsch; Jacob Raskob, builder of the Empire State Building; the high flying and deep diving Piccard Brothers; Ambassador Joseph P. Kennedy; Senator William Gibbs McAdoo; New York’s fabulous playboy mayor, James J. Walker and one of the most iconic figures of the Twentieth Century, Dr. Albert Einstein.  Einstein and Untermyer were great friends and between 1931 and 1933, the great German savant returned to The Willows time and again to bask in the sun and gaze out at the stunning panorama visible from The Willows and its acres of terraced gardens. His favorite spot, a covered bench set upon a rocky outcropping, may still be visited by Willows guests today.

After Samuel Untermyer’s death at age 82 in 1940, The Willows passed to his eldest son Alvin, who lovingly maintained the estate for the next fourteen years. From time to time he would rent out the villa, most notably to legendary silent screen star Marion Davies, who took over the fabled estate after purchasing The Desert Inn in 1955. Although she is best remembered as the long-time mistress of publishing magnate William Randolph Hearst, Davies was both a talented actress and a brilliant business woman, making millions in the real estate market throughout her life. One of the best loved personages from the Golden Age of Hollywood, Davies enjoyed entertaining her many friends at The Willows including her longtime pal Mary Pickford and Pickford’s husband Buddy Rogers.

The departure of Davies from The Willows in 1960 began the long slide of the estate into decay with the next several decades seeing a revolving door of owners and occupants.  At times the architectural integrity was compromised and even the once famous gardens became neglected and dessicated.  As the years passed, few were left who could even recall its history.

In 1994, while celebrating the completion of their Emergency Medicine residencies, a young couple from Los Angeles, Dr. Tracy Conrad and Dr. Paul Marut, stumbled upon The Willows while lunching across the street.  They spotted a “for sale” sign and grabbed a real estate flier from the post.  With their interest piqued, they made a pilgrimage to the Palm Springs Historical Society to learn more about the down-at-heels, but still beguiling estate and became even more intrigued after discovering its historical significance.

It was then and there that the two decided to purchase the estate.  During the next two years they meticulously restored the house and its once famous gardens to their original splendor and in 1996, after more than two years of painstaking restoration, The Willows welcomed its first guests and, for the ensuing two decades, it has been one of the desert’s most sought-after hideaways. 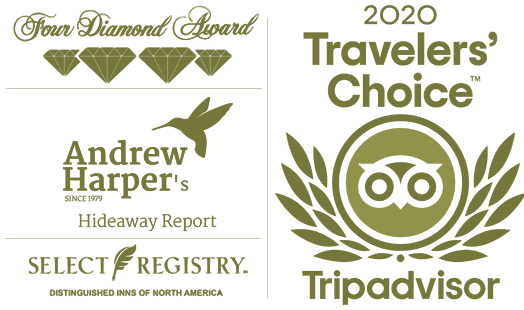